Celebrating 40 Years of the

The Jaguar & Daimler XJ Coupes are amongst the world's most beautiful cars. It is also Jaguar's rarest production car with fewer than 10,500 built between 1975 and 1978.

These cars are the two door version of the XJ6 four door saloon. When Sir William Lyons began styling exercises for the new XJ models in the mid 1960’s, it was obvious that he had notions of a two door coupe in mind for eventual production. Many of these early styling mock-ups were based on the coupe theme in various shapes, forms and sizes, and the XJC was the last Jaguar car to be designed and built by Sir William Lyons.

Read more of this story HERE

A group of enthusiasts (Jaguar Club members) are organising an event to celebrate the 40th Anniversary of the commencement of XJC production in 1975 - "an XJC muster" to take place in Echuca VIC, from Friday the 16th till Sunday the 18th of October, 2015.

All Jaguar and Daimler XJC owners are cordially invited to attend. We are seeking expressions of interest so we may best organise accommodation and dining venues, so we invite interested members to please contact us and register your interest.

Thank you, and we hope to see you and the coupe there!

You can also find us on Facebook, just search for: Jaguar XJC - 40th Anniversary Celebrations - Echuca 2015

(for the Organising Committee) 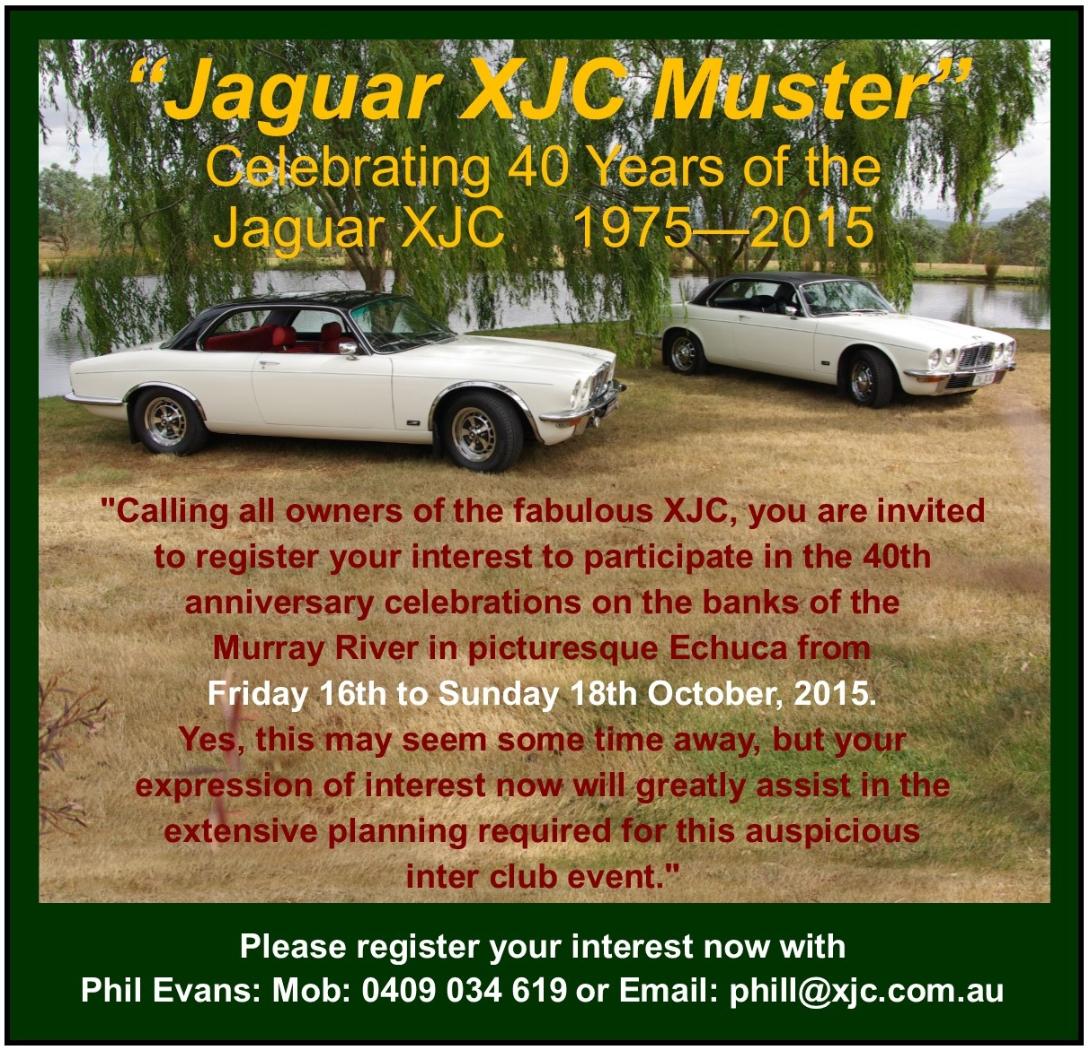 This souvenir booklet is currently being prepared as part of the XJC 40th Year celebrations. Details of intending participants cars will be added as registrations are received.